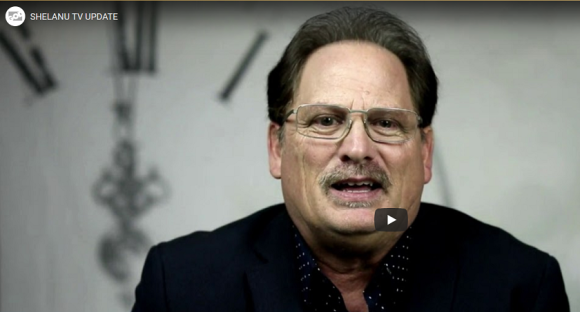 This article was first published at Christianity Today, on May 22, 2020, in cooperation with the Associated Press. I contributed some additional reporting.

The Messianic movement, which emerged in its modern form in the 1970s, incorporates Jewish symbols and practices—including referring to Jesus by his Hebrew name, Yeshua—but is widely seen as a form of Christianity. All major Jewish denominations reject it, and Israel considers Messianic Jews to be converts to another faith.

Messianic Jews in Israel push back against the accusations.

“In Israel and in Jewish circles, conversion is a loaded word. It is understood as leaving something to become something else,” said Lisa Loden, co-chair of the Lausanne Initiative for Reconciliation in Israel-Palestine.

“Messianic Jews avoid the term, and maintain that they remain fully Jewish when accepting Yeshua as Messiah and Lord,” she said. “But the average Jewish Israeli does not distinguish between Jews who believe in Jesus and Christians.”

“GOD TV is attempting to honestly state what they are doing,” he said. “The religious Jewish people opposed to its Hebrew programming are trying to protect secular Jewish people from becoming converts, and therefore ‘lost’ to the Jewish community.”

Many Messianic Jews, however, are rejoicing at the opportunity to demonstrate their sincerity (of still belonging to the Jewish community) to their fellow Israeli citizens. Shelanu has stated 70 percent of its content will be locally produced.

And on a popular website for the community, some are even praising the “amazing free publicity.”

“If the show was produced by a US or European Christian organization, the argument is very strong that the aim is conversion,” said Jaime Cowen, an Israeli lawyer and former president of the Union of Messianic Jewish Congregations.

“The reality is that Jews believe all kinds of different things and are subject to all kinds of programming that pushes various views.

“This is a huge open door—as long as the government doesn’t shut it down.”

But this is exactly what one Christian Zionist has petitioned Israeli Prime Minster Benjamin Netanyahu to do, fearing that the GOD TV backlash will threaten Jewish-evangelical cooperation…