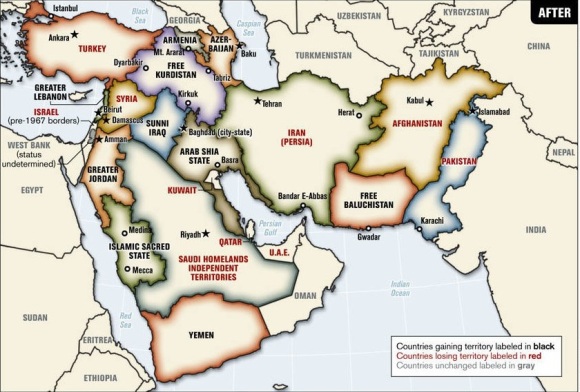 This article was published at Providence, on March 4, 2016.

The carnage is so severe, the atrocities so barbaric, and the impasse so intractable. Even when violence targets fellow Christians and their ancient communities, the morass of the Middle East can silence any moral response. Believers are tempted to throw up their hands in despair, for any proposed solution creates further uncomfortable complications.

If America stands with Assad in Syria we back his barrel bombs. If we side with the rebels we empower Islamism. If we stay neutral the killing continues, as friend and foe alike meddle on behalf of their favorite proxy. If we bomb only the Islamic State the core political issues remain. If we commit ground troops the specter of Saddam looms over all. Propaganda shrouds analysis in conspiracy, and regardless of action refugees pour out of a tinderbox ready to spark further war.

It is no wonder Christians are paralyzed to suggest anything.

Into the morass wades Terry Ascott, desperately seeking a way forward. And his solution tramples over one of the region’s most sacred cows, one only the Islamic State has dared address: Redraw the map.

Terry Ascott is the founder and CEO of the Arabic Christian satellite network SAT-7, though he is clear these remarks are personal in nature, unrelated to the work of the SAT-7, which I have written about in the past such as here and here.

I have also previously summarized an article from the London Review of Books that suggests the United States has conspired to create exactly the situation Ascott is calling for.

The article in Providence touches on the fact that a few others have suggested a solution in political division, but in purpose reflects Ascott’s Christian heart and rationale to stop the bloodshed. It also reflects his pessimism that the region can do this on its own.

Please click here to read the full article, and brainstorm with him.