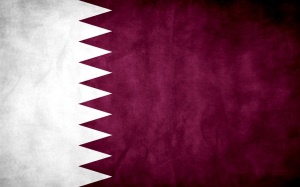 A recent Foreign Policy investigative report details Qatari foreign policy. It describes a strategy of intervention-by-proxy, which keeps its hands clean officially while funneling money to groups it deems ideologically similar, that is, those they can trust.

Primarily, this has been the Muslim Brotherhood and various activist Salafi factions.

The article is long but worthy, and one interesting section describes how Qatar has helped the US disengage from the region. This was evident in Libya, when Qatar not only provided crucial Arab support for the operation, but also took the lead in sponsoring militia groups against Gaddafi.

But now that the US is reengaging the region, this time against the Islamic State (ISIS), officials are examining anew the sponsorship by Qatari individuals and charities which have gone to the al-Qaeda affiliated al-Nusra Front. Following three years or more of looking the other way, the dispute has become public:

In Syria, meanwhile, it wasn’t until the Islamic State gained prominence that Washington sat up and took notice. In March, David S. Cohen, the Treasury Department’s undersecretary for terrorism and financial intelligence, took the unprecedented step of calling out the Qataris in public for a “permissive terrorist financing environment.” Such stark criticism, counterterrorism experts say, is usually left for closed-door conversations. A public airing likely indicated Doha wasn’t responsive to Washington’s private requests.

But if initial requests were private, that means the US – for a long while, at least – tolerated and possibly approved of the general strokes of Qatari foreign policy. Two key aspects of Qatar’s leverage over the United States include its hosting of the US Central Command air base, as well as the usefulness of its network to liaison with otherwise disreputable characters. Discussions with the Taliban in particular have often flowed through Qatar. Without them, back-door channels would not be possible; hostages released might still be held.

Has the US, therefore, been a partner in the wanton destruction of Syria? President Obama has forcefully spoken against Assad, but has never decisively moved against him. The article deems the chaos there less to be a result of coordinated conspiracy, than uncoordinated incompetence:

In other words, there was no one winner. Qatar and other international powers haphazardly backed dozens of different brigades and let them fight it out for who could secure a greater share of the funding. They had few incentives to cooperate on operations, let alone strategy. Nor did their various backers have any incentive to push them together, since this might erode their own influence over the rebels.

“One of the things about Qatar’s foreign policy is the extent to which it has been a complete and total failure, almost an uninterrupted series of disasters,” says Hussein Ibish, a senior fellow at the American Task Force on Palestine. “Except it’s all by proxy, so nothing bad ever happens to Qatar.”

Except its reputation in much of the Arab world. Egyptians in particular have been furious at Qatar over its support for the Muslim Brotherhood. Saudi Arabia and the United Arab Emirates have signaled displeasure in manners unusual among Gulf monarchies.

Long ago Qatar made a bet on the Islamist factions becoming the prominent power players in the region. For a while they seemed vindicated; now they appear in retreat. Qatar has been publicly acquiescing to the criticism, sending away top Brotherhood figures it has long hosted, for example, but it is unclear if its long term strategies have changed.

Were Qatar and its allies-by-proxy simply outmaneuvered? How much of the Arab Spring was manipulated by the regional and international power struggles? What role did America have is a key question. Most Arabs view Washington as the chief puppet master, allowing its public allies – the Saudis, Turks, UAE, Qatar, and Israel, of course – to mess around with local sovereignty.

Or, did the US just pull back, and allow others to run the show? Either way, the result is a disaster, however many parties share in the blame.

One other controversial point converges with this article. Many Egyptians see the Muslim Brotherhood as one aspect of an Islamist agenda that includes and coordinates with groups like ISIS, on the far end of the spectrum. The point is not necessarily that the MB keeps its hands clean while sending out clandestine orders to others to ferment chaos – though this is certainly believed locally.

But if the Brotherhood is one part, and a key part, of Qatar’s proxy network, a linkage does seem to exist. This article does not make the accusation, and I do not wish to lend it weight in the mentioning. But it bears consideration.

Of course, Brotherhood sympathizers simply turn the equation on its head. They see Qatar as the good guy, standing with the people and the forces of democracy, against fearful Gulf monarchies, their own proxies, and the US.

God bless this part of the world. Maybe one day the oil will run out and they can all be left alone again.