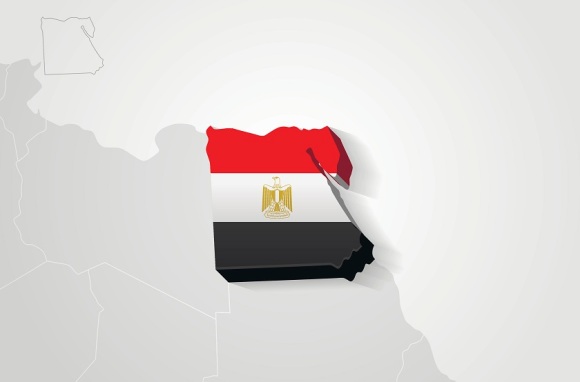 As America under Trump re-determines its policies in the Middle East, the feelings of the region’s people matter very little. ‘Hearts and minds,’ sure, but cold-calculating interests generally rule geopolitical considerations.

All the same, I can imagine the Egyptian angst in reading this recommendation by the Hoover Institute for Washington to re-up its cooperation with Cairo. Most of the article is an essay in explanation of why Egypt no longer matters, at least in the manner it once did.

Does Egypt today still matter? Some in Washington have been arguing otherwise.

True, rights of passage through the Suez Canal are helpful and so are flights over Egyptian airspace, but the United States can survive without both. Egypt’s control of the Arab League is no longer as strong as in the past and in all cases the Arab League is irrelevant anyway.

Maintaining the peace treaty with Israel is in Egypt’s own interests and not dependent on U.S. support. Al Azhar holds no sway over the world’s Muslim population, and Egypt’s cultural decline leaves it with limited soft power capabilities over Arabic speaking peoples.

From Syria to Yemen and even in neighboring Libya, Egypt has lost its ability to impact its surroundings. Even regional allies are growing frustrated with Egypt and its president. Those in the Gulf dreaming of Egypt becoming a counterbalance to Iran are realizing the futility of their investments.

In all cases Egypt is increasingly deteriorating under the weight of its own troubles and Washington has no ability to change that.

So cut the cord? Absolutely not.

Is it time then for the United States to abandon Egypt? The answer is a resounding no.

It is precisely because of Egypt’s movement towards the regional abyss that the United States needs to reinvest in the American-Egyptian relationship. Egypt is no longer a regional player but rather a playing field where local, regional and international powers are in competition over the country’s future.

The country may no longer be a contestant for regional hegemony, but it is today the primary contested prize in a struggle over the region’s future. If the Westphalian order is to be defended in the Middle East amidst state collapse and the rise of Caliphate revivalist movements, this defense has to start with the most natural of the Arabic speaking states. With ninety two million people, a state collapse in Egypt would lead to a refugee crisis of historical proportions.

No one wants a Somalia on the Nile, a Libya on Israel’s borders, or a Syria in control of the Suez Canal, the United States least of all.

This would require a policy shift, oddly enough, away from the traditional cold-calculating interests of Camp David and the Suez Canal. Instead, the US must strengthen (read: prop up?) the state.

U.S. interests in Egypt are [in] … strengthening state institutions to make sure a regime collapse does not lead to a state collapse.

Instead of focusing on military cooperation, the United States needs to develop a new partnership with Egypt that addresses the growing terrorist threat in the country, the collapse of the rule of law, the failed economic policies, the educational vacuum, and the growing sectarian hatreds that threatens the fate of the Middle East’s largest Christian community.

If US banks can stomach a ‘too large to fail’ bailout strategy, why can’t Egypt? This is easy enough to imagine from an ocean away, but locally many liberal-leaning Egyptians feel US ‘assistance’ (read: interference) has been too much, not too little.

But at the same time, this type of Egyptian assesses the problem similarly. The state is weak, they say, the economy is faltering, and education is low on the totem pole of priorities. They imagine, perhaps rightly, that sectarian issues will dry up if these failings are addressed.

So calling it a ‘bailout’ likely isn’t right. It is a call to strengthen a weakened longstanding partner, in a manner that moves beyond one or two points of American national interest.

So how to cooperate? The article referenced is meant to persuade Americans, not Egyptians. But in Cairo the tone taken risks being tone-deaf to local pride, let alone a legacy of bilateral mistrust.

Perhaps Trump, with his shock-value strategy of resetting all relations, can change that. And as stated earlier ‘feelings’ don’t matter. That’s good, because Trump puts little stock in the value of tactful rhetoric.

Just don’t imagine Egypt will be happy about it. ‘You matter because you’re a headache’ is an insult not an encouragement. The author, who identifies himself as a ‘native son of the land’, can swallow it.

I suspect few other Egyptians can do so readily. If America wishes to pursue this policy, it calls for a task even greater than the discredited ‘nation-building’ efforts seen elsewhere.

It calls for culture-influencing. And that requires real mutuality and engagement, much of it without control. Culture requires freedom, and freedom requires trust.

Whether or not Egypt warrants these in US policy eyes is one thing. Whether or not Trump’s ‘America first’ can prioritize it is another.

Egypt matters. So does every other nation and people. How any state relates to another is an indication of national character. Whatever policy chosen — and diplomats must be nimble — may both America and Egypt prove worthy.

One reply on “Does Egypt Still Matter?”

May you explain to me why that piece from the Hoover institute might influence or even guide American politics? Apart from the fact that it contains some poor statements. It was not the loss of Egyptian ability to influence neighbours but the ill-guided meddling of US and some European countries has contributed to the mess in Libya, Syria, Iraq and Yemen under both Bush and Obama in some strange continuity.