This article was first published at Lapido Media.

THREE years after the car bomb that devastated world-famous Museum of Islamic Art, in Cairo, Egyptian culture is thumbing its nose at Islamic terror.

And in pride of place in the central rotunda is a nineteenth-century mosque door carved by Yehuda Aslan, a Jewish craftsman.

On 24 January, 2014 the Museum of Islamic Art (MIA) in Cairo was the secondary casualty of the bomb that killed six, and injured dozens in a blast targeting the Cairo Security Directorate across the street. The attack was claimed by the Sinai Province of the Islamic State.

It also smashed the façade of the historic museum built in 1903, damaging 179 pieces, ten beyond repair.

Two weeks ago the museum reopened in grand ceremony.

‘This is our heritage, not only for Egypt or Muslims, but for humanity,’ said Ahmad al-Shoky, the museum director.

‘If you destroy it, we will rebuild it, and make it better than before.’

Considered the largest museum of Islamic art and artifacts in the world, the MIA holds more than one hundred thousand pieces from throughout the Muslim world.

The earliest dates back to 652AD, a tombstone from year 31 of the Muslim era that bears signs of the Umayyad regime.  It is the oldest mark of Islam in Egypt.

Al-Shoky presided over the opening of sixteen additional exhibits, tripling the items on show to the public. The richness of Islamic history, he believes, blunts the appeal of terrorism.

‘The museum is not only about good art, but a good message,’ al-Shoky told Lapido. ‘We have reworked our displays to show how Islamic art contributes to world civilization.’

And a central part of this civilization, he says, is religious and cultural tolerance. The door to the as-Sayyida Zaynab Mosque by Yehudah Aslan is just one example.

Zaynab whose shrine is at the mosque named after her in Old Cairo, was the prophet Muhammad’s granddaughter, and ‘patron saint’ of Cairo.

‘We are not against any religion, and welcome anyone who can produce something for the world,’ said al-Shoky. ‘This message is short, but powerful, and you can find it in many of our halls.’

Umayyad era art (661-750 AD) is introduced with a note of influence from Byzantine, Coptic, and other civilizational sources.

The medicine and science exhibits highlight the contributions of the Christian Bakhtishu family doctors, and the Muslim, Mary the Astrolabe, from the Abbasid era (750-1253 AD).

And the Fatimid era (909-1171 AD) speaks of joint celebrations with ‘Christian fellow citizens’ for the holidays of Epiphany and Maundy Thursday.

Renovations were supported by a £2.1 million equivalent grant from the United Arab Emirates. Additional donations and expertise were shared by the United States, Italy, Germany, Austria, Switzerland, and UNESCO.

Before the explosion, if two hundred visitors came, it would be terrific, al-Shoky said. Since the reopening, the MIA has averaged more than two thousand.

And not only adults. The redesign includes an educational wing for children. Around 150 have come every day.

‘It is not like what people say now about Islam. No, we have had brilliant artists and scientists.’

Maher Daniel agrees.  He is an award-winning cartoonist and animation director for Egyptian state television – and a Christian.

He contributed the illustrations to the children’s guidebook free of charge. Aladdin and the Magic Shirt spins a fantasy tale introducing the reader to the main pieces of each exhibit.

‘Egypt has passed through several crises, and children have not received enough attention,’ says Daniel. ‘The museum strives to address [the child’s] mind, promoting our shared heritage, for both Muslims and Christians.’

This does not mean he whitewashes the past, or the present. But Daniel says the space for extremism in Egypt is shrinking, and if there is an opportunity to help, you must help.

‘Our hope is in the enlightened Muslims, who are seeking reform and trying to shake the dirt from Egypt,’ he said.

‘But God only knows, in history these things ebb and flow.’

Manal Salah brought her twelve-year-old son to see the museum. He particularly liked the hall of weapons, marveling at the ninth-century Ottoman sword bearing the name of Mohamed the Conqueror.

‘The reopening of the museum is a positive sign,’ she said. ‘And we are optimistic for the future. If God wills, all will be well.’ 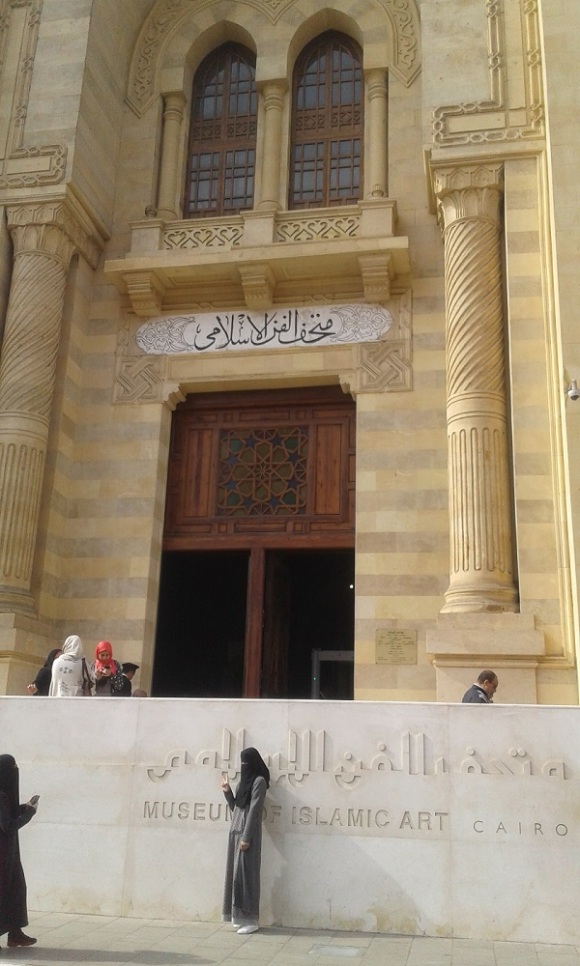