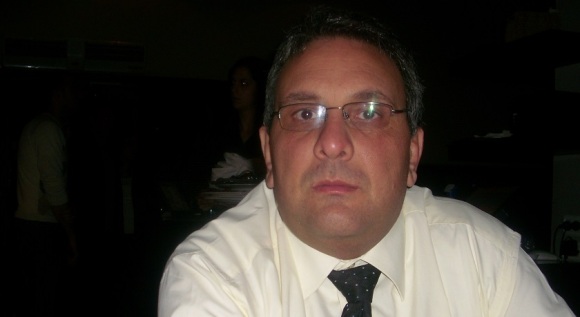 Rev. Azar Ajaj is the president of the Nazareth Evangelical Theological Seminary. An Arab Israeli, he helped shape my recent article for Christianity Today about the identity struggles of Arab Christians during the recent elections.

Asked by many friends about these elections, Ajaj decided to pen a letter in response. The summary and quotes below are shared with his permission.

Nearly 80 percent of Arab Israelis voted for the ‘Joint List’, he remarked, motivated by its focus on a two-state solution and equal rights for their community. The list captured the third most seats in parliament, an achievement made possible primarily through the unlikely unity of its disparate collection of secularists, communists, and Islamists.

Lest this be seen as a testimony to the political system in Israel, Ajaj also remarks upon the other salient feature of the election – the triumph of the right wing. An excerpt here is useful to judge the impact of their campaigning on the Arab, and in this case Christian psyche, striking a “distinctively negative chord.”

“What was different this time was the competition between the right wing parties to bolster one’s credentials as ‘least tolerant’ to the Palestinian Israeli community,” he wrote. “This sadly included, a few times, the use of racist expressions, and certainly involved using words that do not promote respect to Arab citizens, words which present them as strangers and enemies of the country.”

Ajaj’s concern in the letter, however, is not political but pastoral. What should the church do in light of this reality?

They must identify with the sufferings of their people, he said, which does not exclude criticism of certain responses. They must seek a prophetic voice to advocate for justice on behalf of the poor and the oppressed, while praying diligently for those in authority.

But given that Arab Israelis have been designated an enemy, this necessarily activates a peculiar Christian response.

“Are we not asked to be the “light and salt of the earth?” he wrote. “How important, then, in such circumstances to promote and show love to those who have been styled as our ‘enemies’. In fact we are asked to be peacemakers.

“Therefore, it would be important that the church at this dark time seek to build relationships and establish a dialogue with the Jewish community in Israel, as well as the Muslim one.”

Christians must participate in creating the future they desire, Ajaj warns, “Otherwise, those with other values will determine what this future will be.”

The church, he believes, is living in the shadow of these elections, but it still has a mission within it. If successful, future elections might be different.

“God willing,” he hopes, “one day we will speak of an election in the shadow of justice, mercy, love, and respect.”

2 replies on “The Church in the Shadow of Israeli Elections”

The text of the entire letter can be found at the NETS blog: http://nazsem.blogspot.co.il/2015/04/azar-ajaj-mission-of-church-in-shadow.html