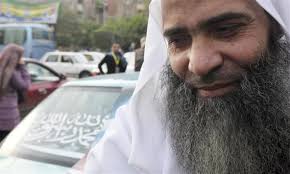 The title of this post requires far more than this excerpt, but Project Syndicate gives a very useful article on Egyptian Salafism:

Al-Nour is one of two Egyptian Salafi groups that were organized and centralized decades ago, the other being the relatively apolitical Ansar al-Sunnah (Supporters of the Sunnah). The roots of the organization go back to 1977, when the Muslim Brothers dominated the Islamic Group at Alexandria University. In reaction, students with Salafi convictions, mainly studying in the faculty of medicine, formed the “Salafi School,” arguing against the Muslim Brotherhood’s ideology and domination of Islamist activism.

By mid-1985, the Salafi School was calling itself the “Salafi Call Society.” It had its own educational institution, the al-Furqan Institute, a magazine entitled Sawt al-Da‘wa (the Voice of the Call), and a complex social-services network. The Zakat Committee (Islamic tithe) was in charge of funding and administering orphanages, support of widows, relief work, and free health clinics and other community facilities.

To manage its operations in Alexandria and elsewhere, the SCS leadership established an executive committee, a governorates committee, a youth committee, a social committee, and a general assembly. All of this was accomplished under the hazardous conditions of Mubarak’s rule, which banned the movement’s leaders from leaving Alexandria without travel permits from the State Security Investigations Service. The regime regularly closed their institute, banned their publications, and arrested their leaders.

This oppression perhaps explains the SCS leadership’s initial reaction to last January’s revolution. “They would have bombed us from the air if they saw our beards in Tahrir!” said one of the SCS leaders. Indeed, the SCS leadership did not officially back the revolution until the final days before Mubarak’s fall, although their mid-ranks and grassroots activists did join the protests. This includes Emad Abdel Ghafour, the head of al-Nour Party.

The article goes on to describe possibilities following elections, including whether or not the Salafis will align or collide with the Muslim Brotherhood. It is an informative discussion; read the rest here.

I hope to continue to study this topic, not in the least because it is easy to label Salafis as ‘ultra-conservative’, and have already become a prop in the propaganda of ‘support us (the old regime/Muslim Brotherhood/military council) or face the Salafis’. They may well be ultraconservative, they may well be a worse political outcome than any of the above. At this point, however, I can state that among those I have spoken with, they are all nice people. Nice does not mean politically capable or desirable, but it is more than they are often given credit for.

In the days to come I hope to share some of my findings.

Thoughts on Belonging and the Salafi Label