Note: I wrote this piece shortly after Western Christmas, but a few lines needed more consideration, and we delayed publishing. Then, Alexandria happened, and I forgot all about it. Even so the theme, if not exactly the title, is fitting with what has taken place in this country. 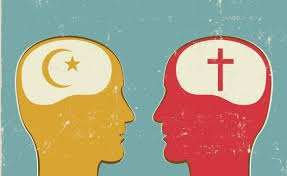 One of the topics I am most interested to discover here in Egypt is how the Christian population might begin to love and serve their Muslim neighbors without agenda, especially those who are understood to oppose them, such as the Muslim Brotherhood or other Salafi / Wahhabi influenced groups. Characteristic of most Christians I have met here is an attitude of suspicion and a pattern of withdrawal. This is not to say that good relations do not exist between many Muslims and Christians, of course, but the general Coptic community perspective is negative.

Most of my Christian relationships here, however, have been with the Orthodox community. This is not unusual, as most Egyptian Christians are Orthodox, and we have been worshipping at the local Orthodox Church in our neighborhood. On Christmas we joined some foreign friends for a dinner celebration, and they invited two of their Protestant Egyptian Christians along. I love learning perspectives, and with them individually I raised this greater question.

The interesting angle is that each one almost immediately spoke of Muslims becoming Christians, though in a very disjointed manner. Neither one spoke of any personal involvement or activity to promote conversion, either on their part or of the church in general. Yet the topic of love and service prompted a conversation leap directly into the fact of religious identity change. Notably, there was little considered on how to get there.

With the first Protestant conversation developed toward the Muslim Brotherhood, and I asked if he thought they were an organization of crooks. I have heard this not infrequently among both Christian and Muslim Egyptians, who see them as businessmen who use religion to either line their pockets or make political gains.

This gentleman stated this was his perspective as well. I countered, though, that perhaps some of them were sincere. Perhaps many, even, were dedicated to God as they understood him, even if their ideology is to be rejected.

He did not disallow the possibility, but the thought shifted him in another direction. Unprompted by the flow of conversation, he stated that if a Muslim Brother was truly sincere, if he was truly trying to serve God, then God would make clear to him the path of Jesus upon which salvation rests. Up until this point, I did not know the denominational adherence of the gentleman, but this language was certainly Evangelical. I wondered if he might be an unusual sort of Orthodox, but when I asked if he was Protestant, he responded ‘Baptist’.

The second individual, a lady, never clearly revealed her particular denominational affiliation, but her history revealed a mixed heritage of Orthodoxy and Protestantism, some in America, with an admiration for both. Our conversation was much more in depth, and she spoke of the good old days in Egypt when there was both more religious tolerance and personal initiative in pursuit of development. She commented that many Christians have given up hope that things would get better, but that she, though tempted to do the same, felt that as a Christian she was bound to behave as if she had hope, and press on.

Her attitude intrigued me, and when I asked about tangible actions of love and service, she offered simple but poignant advice – interact with them, and do not disparage them. Apparently, she thinks the Christian community is failing here.

Perhaps I have grander ideas unformulated in my head, but the basic humanity expressed in her words is at least the minimum of what is called for, and any more could become a deprecating ‘strategy’. Yet while I as a foreigner might have an awareness of the need for community-wide responses of love, only an Egyptian can say what this would look like. So I pressed on – what love and service could Christians in general offer to those whose ideologies desire conservative application of sharia law?

Again, a jump occurred. I do not fault any Egyptian Christian for not having an answer; it is hard for them to imagine possibilities so opposite of their prevailing mindset. Her answer, though, was education, but through the means of Christian satellite television. She immediately began telling stories of Christians on these broadcasts who had formerly been Muslims. Though some were harsh in their manner of conversation about Islam, there were hundreds, she related, who were learning about the true nature of Islam and the comparable attractiveness of Christianity, Jesus specifically.

Many, perhaps most Egyptians are satisfied in their religion and content to let their neighbors believe their personal doctrines in peace. Yet it is not uncommon for believers of any religion to be interested in the conversion of others. This can be from genuine concern for eternal destiny or temporal happiness, or from a baser instinct of community ‘rightness’ as opposite the other. On the whole, however, Egyptians are aware of the high social cost faced by any convert in either direction.

Yet I was a bit confused by the speed of connection between the initiative of love and the result of conversion, offered independently in separate conversations. By any standard, Muslims in Egypt are not rapidly converting to Christianity, if at all, so it is not as if they are describing a trend. Why then would the conversation move so abruptly in this direction?

If the reason lies in denominational difference, it could be that Orthodox have been a minority in Egypt for hundreds of years, and as such are more focused on preservation of their community, rather than expansion. Not a few Orthodox I have met have also spoken of these satellite channels and the Muslim converts they portray. Most of these have also had some experience in the West with greater levels of freedom, and specifically religious freedom. Protestants, meanwhile, have comparatively greater Western exposure, and with it a more natural connection with the Evangelical focus on evangelism.

Perhaps the Protestant religious priority of evangelism, coupled with a generally perceived Coptic experience of religious difficulties, causes the jump. The presumably real stories of Muslim converts on satellite television nurture the evangelical dream, and talk of ‘love’ reminds such Protestants of their religious obligations, along which the path of conversion treads. That they do not know this path may reflect why the abrupt connection between love and conversion has few details of action.

Or it may be specifically that almost no one even considers loving the more conservative groups of Muslims. Therefore, if conversation suggests this, it will be God’s miracle to bring them to Christianity. As such, details of action are not even necessary, and have never been contemplated.

I certainly have had far too few conversations with Egyptian Protestants to confirm these musings. Yet the congruity of conversation in this instance was striking. Perhaps the best conclusion is found in the thought of the Egyptian lady of mixed denominational heritage. Interpreting her words, engage one another as neighbors, and respect one another’s views. In a society of much religious distrust, these simple ideals have become somewhat revolutionary. Is this sufficient, for either Muslims or Christians, to fulfill the words of Jesus to love the supposed enemy? Interestingly enough, Jesus’ words in context are unconnected to the issue of conversion. Instead, his followers are to imitate God, who sends rain to both the just and unjust. Certainly God desires all to become just, but sometimes his followers can run ahead of him. Or, more consistently with this text, jump.