This article was first published in the January print edition of Christianity Today. 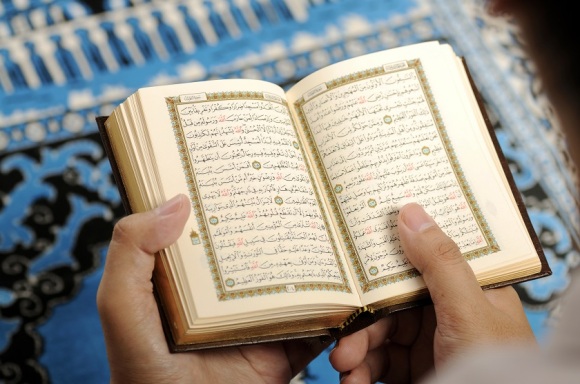 Christians breathed a sigh of relief last October when Pakistan’s Supreme Court acquitted Asia Bibi, a Christian mother of five on death row, of blasphemy charges against Islam. What many might not have noticed was the Islamic rationale.

Whether or not she spoke against Muhammad, Bibi was insulted first as a Christian, wrote the judge. And on this, the Qur‘an is clear: Do not insult those that invoke other than Allah, lest they insult Allah in enmity without knowledge.

The verdict also quoted Islam’s prophet himself: “Whoever is cruel and hard on a non-Muslim minority, or curtails their rights … I will complain against the person on the Day of Judgment.”

And finally, it referenced an ancient treaty that Muhammad signed with the monks of Mount Sinai: “Christians are my citizens, and by God, I hold out against anything that displeases them.… No one of the Muslims is to disobey this covenant till the Last Day.”

Today it can seem like Muslims violate this covenant the world over. But does the Bibi decision validate those who insist that Islam rightly practiced is a religion of peace? And should Christians join Muslims to share verses that comprise the Islamic case for religious freedom?

CT surveyed more than a dozen evangelical experts engaged with Muslims or scholarship on Islam who reflected on three key questions when considering interpretations of Islam that favor religious freedom.

[These questions are: Is it true? Is it helpful? Is it enough?]

Also: click here to read my related Christianity Today article about The Covenants of the Prophet Muhammad with the Christians of the World, the book which describes the Sinai treaty mentioned above, and others.

Finally, here is a sidebar from the Should Christians Quote Muhammad article, identifying sources in the Islamic tradition on which the evangelical scholars reflected.

• Q5:82 – You will find the nearest of them in affection to the believers those who say, “We are Christians.” That is because among them are priests and monks and because they are not arrogant.

• Q22:40 – And were it not that Allah checks the people, some by means of others, there would have been demolished monasteries, churches, synagogues, and mosques in which the name of Allah is much mentioned.

• Q29:46 – And do not argue with the People of the Scripture except in a way that is best.

• Q2:256 – There shall be no compulsion in religion. The right course has become clear from the wrong.

• Christians are my citizens, and by God, I hold out against anything that displeases them. No compulsion is to be on them … The Muslims are to fight for them … Their churches are to be respected. No one of the Muslims is to disobey this covenant till the Last Day (Covenant with the Monks of Mount Sinai)

• “Beware! Whoever is cruel and hard on a non-Muslim minority, or curtails their rights, or burdens them with more than they can bear, or takes anything from them against their free will; I [Prophet Muhammad] will complain against the person on the Day of Judgment.” (Abu Dawud)

• Q6:108 – “And do not insult those they invoke other than Allah, lest they insult Allah in enmity without knowledge. Thus We have made pleasing to every community their deeds. Then to their Lord is their return, and He will inform them about what they used to do.”

One reply on “Should Christians Quote Muhammad?”

Unfortunately the Covenant with the Monks of Mt Sinai shows itself to be a forgery by its own dating. Details here: